Dom January 13, 2023
From An IT Engineer, PC Hardware, Productivity, Story

How I Was Able To Recover! 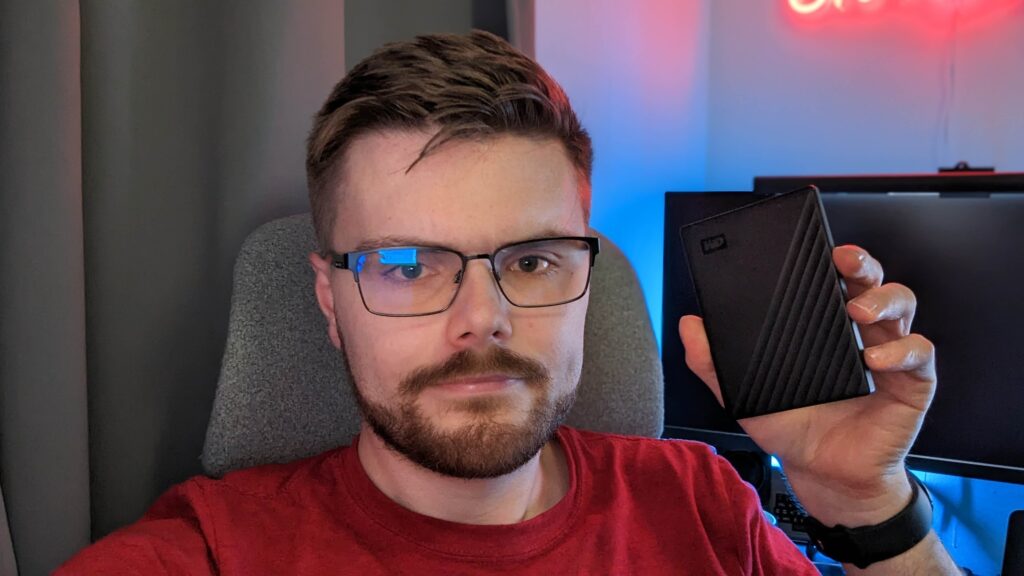 We hear a lot about tech failing, but I guess we never think it will happen to us. That is exactly what happened to my portable hard drive the other day. I used the hard drive mainly for storing footage and large files and projects that I’m currently working on when working on my laptop.

Unfortunately, as you can probably tell from the title, disaster struck and to simply put it the hard drive stopped working. I was hoping that it was just the cable but, after trying multiple USB cables and devices the hard drive didn’t burst back to life.

Luckily, the files and content on the hard drive were well backed up and I was able to resume work from a reasonable point. Of course, it did mean I had to complete a few editing tasks again, but it wasn’t an amount that stopped me in my tracks.

The feeling of being able to recover most of my work felt amazing, especially as I tried new video editing skills I learned after doing an online course.

How OneDrive Saved Me As A Student And Why You Should Use It!

Why I Was Able To Recover

As an IT engineer with many years worth of experience working in different industries, I can confidently say, that I haven’t seen many hard drives fail to this extent, but it did happen from time to time.

Most of the issues I came across were file corruption or people physically damaging devices such as USB flash drives by accidentally knocking them whilst plugged into the USB port.

With that in mind, one thing I learned very quickly is that you seriously can’t trust storage devices. I mean you can have two brand-spanking new portable hard drives next to each other which are not only the same model but are also from the same batch.

One hard drive can fail within a few months and the other will be dropped a thousand times, cosmetically damaged but it will still last well over ten years. I’m talking from experience here!

That’s why you need a reliable backup strategy that will get you out of this situation if it is to happen to you. I follow the rule that you can’t call it a backup until you have at least 3 copies in 3 different locations. Somebody I used to work with would even go as far as saying if you haven’t backed it up in at least 3 locations, that file doesn’t exist!

The thing is that it’s this approach that saved my work on this and several other occasions, and it works really well.

Depending on the file type and the device I’m using I use different strategies. I built a NAS (Network Attached Storage) Server using an old computer I had in storage and its sole purpose is backups.

However, it’s not the only strategy I use. I store files that don’t take up much space on my OneDrive which itself is a solid storage solution. I mean as a paying customer, they look after my data and have it well backed up.

But I also do periodic backups from my OneDrive to my NAS Server, which then uploads the backups to a dedicated Google Drive account.

I know that this strategy is insane! But it hasn’t failed me yet and you never know what’s around the corner. I mean if for some reason my NAS Server gets taken out by a disaster, at least I have an offsite backup.

What You Can Do

A reliable backup strategy doesn’t need to be as insane as my strategy, in fact, you only need 3 locations where you can store your files, it could be a USB Flash Drive, a portable hard drive and a cloud storage solution.

As long as you have your files backed up on at least 3 different storage devices or services and you back up your files regularly, you should be fine.

The good news is that there is software available that can do this for you automatically! I use Acronis True Image which I highly recommend. Unfortunately, it is paid software, but it’s worth it. Since I last purchased Acronis, they made some changes including changing the name to Acronis Cyber Protect, but it’s still a great product and it offers many useful utilities including an option to backup to their cloud.

To be fair, if you’re storing your files on services such as OneDrive, Google Drive or even iCloud, you already are ahead, as it’s less likely to fail, however, the file still can become corrupt, so it’s good to have a secondary backup anyway.

Microsoft Is Ending Windows 8.1 TODAY! 6 Awesome Gadgets You Need For Your Work Bag!
Manage Cookie Consent
We use technologies like cookies to store and/or access device information. We do this to improve browsing experience and to show personalised ads. Consenting to these technologies will allow us to process data such as browsing behaviour or unique IDs on this site. Not consenting or withdrawing consent, may adversely affect certain features and functions.
Manage options Manage services Manage vendors Read more about these purposes
View preferences
{title} {title} {title}