Windows 11: My Opinion And Review

At the beginning of the month, Microsoft unexpectedly released Windows 11 even after they stated that Windows 10 was their last version of Windows.

As soon as I heard the news I rejoined the Windows insider program and waited for a new build to become available, so I can easily say that I tested the OS long enough to make a valid article.

➖ You need a recent CPU

➖ Some of the interface changes take time to get used to

First Impression What I Initially Thought

To begin with, the thing I found most surprising was the fact that they actually released a new OS. I was not expecting that, as in the past I heard that Windows 10 was meant to be their last version of Windows. Secondly, I found the required specification to be higher than usual and I actually found myself rebuilding my computer with a new processer and motherboard as my PC was running on an aging AMD Ryzen 7 1700 which is not on the Windows 11 supported list. The AMD Support list is available here and the Intel list is available here.

I found this very frustrating as I wasn’t planning to update my computer anytime soon as it was working fine without any issues. In fact, I was planning to do a new build from scratch next year but that put an end to that as I just upgraded to a newer processor I had lying around and purchased a new motherboard. The funny thing was that according to the User benchmark, the new processor which was an Intel i5 can actually outperform my aging Ryzen 7 1700! However, I don’t plan to stay on the i5 for long and I’m looking into options for upgrading.

Downloading and Installing How I found the download and installation process

The video below explains how I did a fresh install on my HP Pavilion 14.

How to Install Windows 11 Fresh

To summarise the video above, the installation went very smoothly, and to be honest, it went smoothly on every occasion. However, as many of you may know, I’m not a huge fan of USB drives and unfortunately, in order to do a fresh install, I had to use one. This is something that should change, I mean I can install a fresh version and updated version of macOS using Internet recovery. It would be nice to see Microsoft implement something like this, even if the system isn’t installed because I think this is possible for newer versions of the same system but I never tried it for the next Windows releases. Maybe you have – let us know in the comments!

In summary, I found the overall process very simple and easy to do. Microsoft has completely refreshed the interface which makes installing the system more pleasant and simple to do.

Microsoft made some massive changes to the interface, some of these changes are good but some aren’t. One of the things I dislike is the menu you get when you right-click on a file. It feels like there are more steps to complete compared to Windows 10. 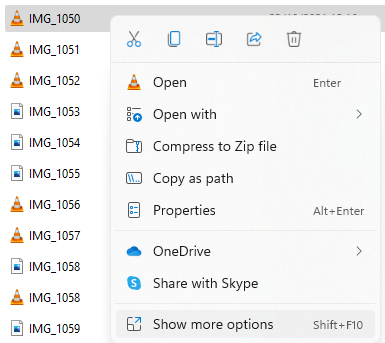 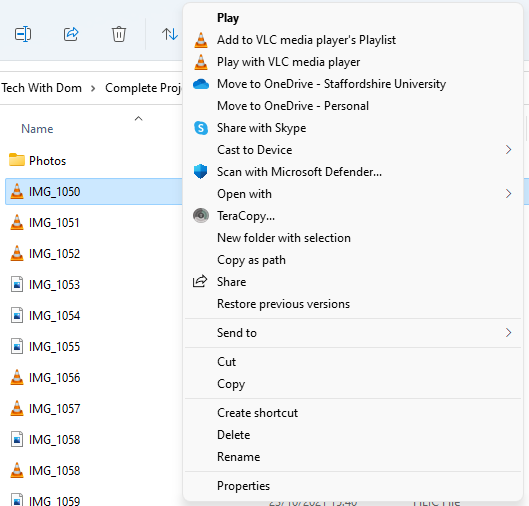 The images above show what I mean. In order to get the full options menu up, you have to select “Show more options”. Now we can argue, what’s the difference it’s just like selecting a sub-tab on the old menu. However, I do feel like it’s more work to find an option you’re looking for.

However, The basic menu cut’s out all the extras which is a good thing for basic users and is perfect for smaller displays. To be fair it shows enough options for the basic everyday users anyway.

As a whole, the interface looks modern and feels good to use. Whilst I liked the Windows 10 interface, I always felt that something was missing. Windows 11 completes that.

Unlike the start bar which I think looks pretty cool, I think the start menu looks pretty plain and boring. Whilst, what I’m about to say is not a popular opinion, I actually liked the idea of tiles but I think they were underutilized and Microsoft has actually done a good job of the widgets bar which is a brilliant replacement for the tiles. However, I still feel that the start menu should look different. 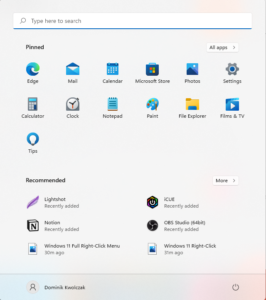 The start bar looks more modern and unlike any other previous version of Windows, the icons are centered. I know that many people don’t like that idea, hence the reason that Microsoft has left that as an option. I quite like the icons being centered because in my view it makes the bar look cleaner.

One of the things wasn’t a fan of in Windows 10 was the file manager as it had an aging and slow look. That’s one of the reasons I used various apps as a substitute. However, the Windows 11 file manager looks, feels, and works so much better than I will stay with it. My only complaint is the right-click options menu, but I will get used to that. 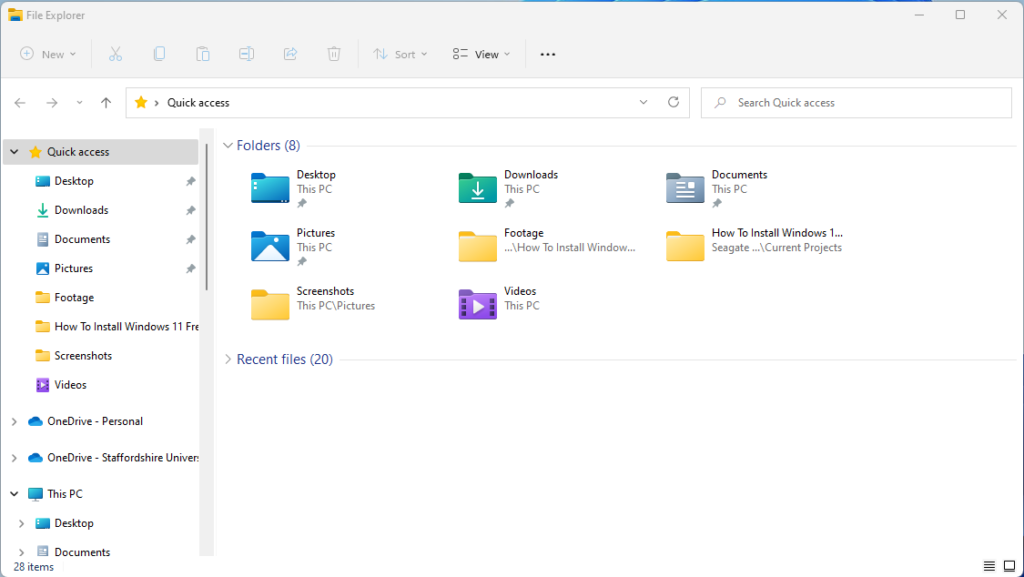 Should I Get Windows 11? Who and Why You Should Upgrade

The Verdict My Final Opinion

Overall, I seriously like Windows 11. I think it’s about time Microsoft did something different. Whilst the system is still not perfect, I think it will be. Since installing the Windows insider preview I haven’t once faced a serious bug or crash causing a system reboot. Times move on and we need to move on with the times. Windows 10 is and was a great operating system but its interface was beginning to age, especially if you compare it to other operating systems such as Android, macOS, and IOS. Windows needed that modern look to keep up with the times.

Therefore, as a whole, I couldn’t recommend Windows 11 enough!

Have any views or opinions on Windows 11? Fire them in the comments and don’t forget to subscribe to my newsletter!

Windows 11 definitely sounds and looks like a great operating system. However, it won’t be everybody’s cup of tea at present. Especially when it comes to organizations that might have decent hardware but not decent enough to run Windows 11. As an IT Analyst who worked with many organizations, I know for a fact that not many organizations have or can afford computers with newer processors. The same can be said for home users. I still have a computer that was designed for Windows XP in perfectly good working order. If we look at it from the point of view of a home user, they won’t want to buy a new computer in order to continue to use and stay safe online. Some might not be able to afford it!

Why You Should Upgrade

The main reason to upgrade is that Support for Windows 10 ends on the 14th of October 2025. This means that if you don’t upgrade, your device will become vulnerable to security threats and newer software will eventually end support for the older system like we’ve seen with Windows XP, Vista, and 7. However, one can argue that by the time support ends for Windows 10, we will have newer machines.

Other than that, Windows 11 is actually a very impressive system. I found it to perform much better compared to Windows 10. The fact that Android app support is coming is even better because it will provide easy access to already popular apps.

The interface is also much nicer and just seems to work better as a whole. However, I do think that now that Microsoft has got this far, they should work on their Eco System and I think Android is their answer.

I think anyone who has a compatible device should upgrade. Whilst I haven’t had a chance to test the system on lower spec machines I have on mid and high range machines and I think it works very well.

GIVEAWAY! JLAB Go Air True Wireless Earbuds Why You Should Get A Ring Doorbell
Manage Cookie Consent
We use technologies like cookies to store and/or access device information. We do this to improve browsing experience and to show personalised ads. Consenting to these technologies will allow us to process data such as browsing behaviour or unique IDs on this site. Not consenting or withdrawing consent, may adversely affect certain features and functions.
Manage options Manage services Manage vendors Read more about these purposes
View preferences
{title} {title} {title}