Skip to the content
Home » Blog » Tech Tips » Looking for a laptop on a budget? Read This!

If you require a better, higher spec laptop, buying second hand is a great option. There are many great devices available second hand and they usually have more upgrade options compared to newer laptops. But there are a few things that you need to understand when it comes to buying second-hand computers, the most important thing being the fact that they are older devices and that parts may fail sooner compared to newer laptops. That’s not to say that they will because it can be like the lottery.

When I started University four years ago, I purchased a second hand Toshiba Tecra laptop, it cost me around £120 on eBay and it came with a 500GB Hard Drive, 4 GB Ram and an Intel i5 Processor. I used the laptop for both my first and second year at University before I decided to upgrade to something better. However, I did upgrade it to a faster Solid State Drive and 8GB of RAM, which was very easy on that model. I was lucky enough to have these parts lying around. 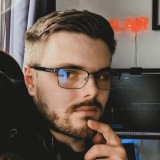 A passionate tech enthusiast and expert in IT who makes videos on his Tech YouTube channel and writes articles on his blog. If you’re into tech reviews, tests, tutorials and IT, you are in the right place!

Tech With Dom is a participant in the Amazon Services LLC Associates Program, an affiliate advertising program designed to provide a means for us to earn fees by linking to Amazon.co.uk and affiliated sites.