My First Impressions of The Google Pixel 7 Pro

A Truly Astonishing Phone But Only Time Will Tell… 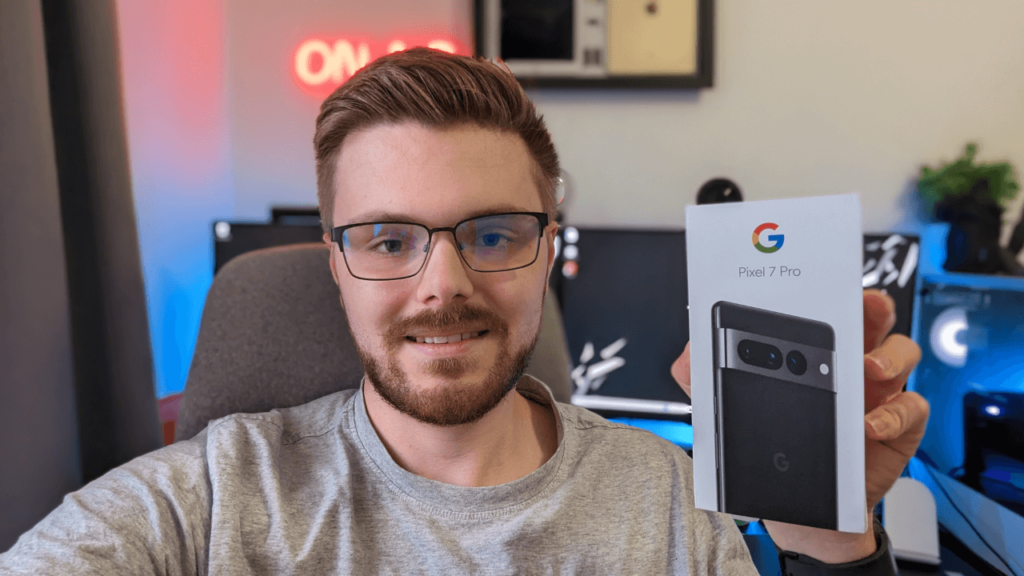 I’ve been a fan of Google Pixel phones for a long time now, I don’t know what it is but I just like the style and the plain and simple Android interface that makes sense. Google has gone a long way with their phones since the first Pixel I had which happened to be a Google Pixel 2.

The last Google Pixel phone I had happened to be the Google Pixel 6 Pro and I absolutely loved that phone, but it was disappointing to me as I had constant issues with it. When I say this I’m hoping that it was just my unit that had issues, but I know that others experienced some of them too. The two main issues I had were the camera app crashing, which was solved after an update but then returned a few months later. But, the more serious one was the constant overheating during warm weather conditions, which I haven’t seen on any other phone before at similar temperatures.

But after daily driving the Pixel 7 Pro for a week, I’m pleased to say that I haven’t experienced any of these issues yet and the phone is performing extremely well as it should.

The unboxing experience was no different to any other smartphone I unboxed in recent years. In fact, I would go as far as saying that it was practically identical to the unboxing of the Pixel 6 Pro.

There are no surprises inside the box and you only get the phone, a USB-C Cable, a USB-C adapter and the documentation. As with many smartphones these days, you no longer get the mains charging brick either. But personally, I use the official 30-Watt Google Pixel charger I got for my Pixel 6 Pro.

When I’m at my desk, I tend to use the Google Pixel Charging stand which was well worth the purchase. It allows me to charge my phone at super-fast speeds and turn it into a smart-home centre whilst my phone charges. It also charges my Pixel Buds Pro!

Setting Up The Phone

Setting up the phone was extremely easy and I know I’ve said it before, but Android has seriously perfected the whole switching process, I mean the phone practically did all the work for me.

At present, I use two sim cards, I use a standard sim card for the business side of things and I use an eSim as my personal sim. Once again, transferring the eSim was extremely easy, I simply log into my account with EE, who happens to be my network provider. I then scan a QR code and before long, the sim card worked. It didn’t take long and I faced no issues.

Whilst the phone looks absolutely stunning, I decided to use a case with it just to be on the safe side. Unfortunately, the case I used with the Pixel 6 Pro does not fit as the buttons have a slightly different placement. But what did work was the screen protector, which I’m still using even though I purchased some extras that are dedicated to the 7 Pro.

Unsurprisingly, I decided to purchase the Caseology Parallax Case which not only feels great in your hand, but it’s also the exact model I used with the Samsung Galaxy Z-Flip 4. I don’t know what it is about Caseology cases, but I discovered the brand when I was searching for a case for my Pixel 6 Pro and I liked the look of the Caseology Vault since then I mainly buy Caseology cases. 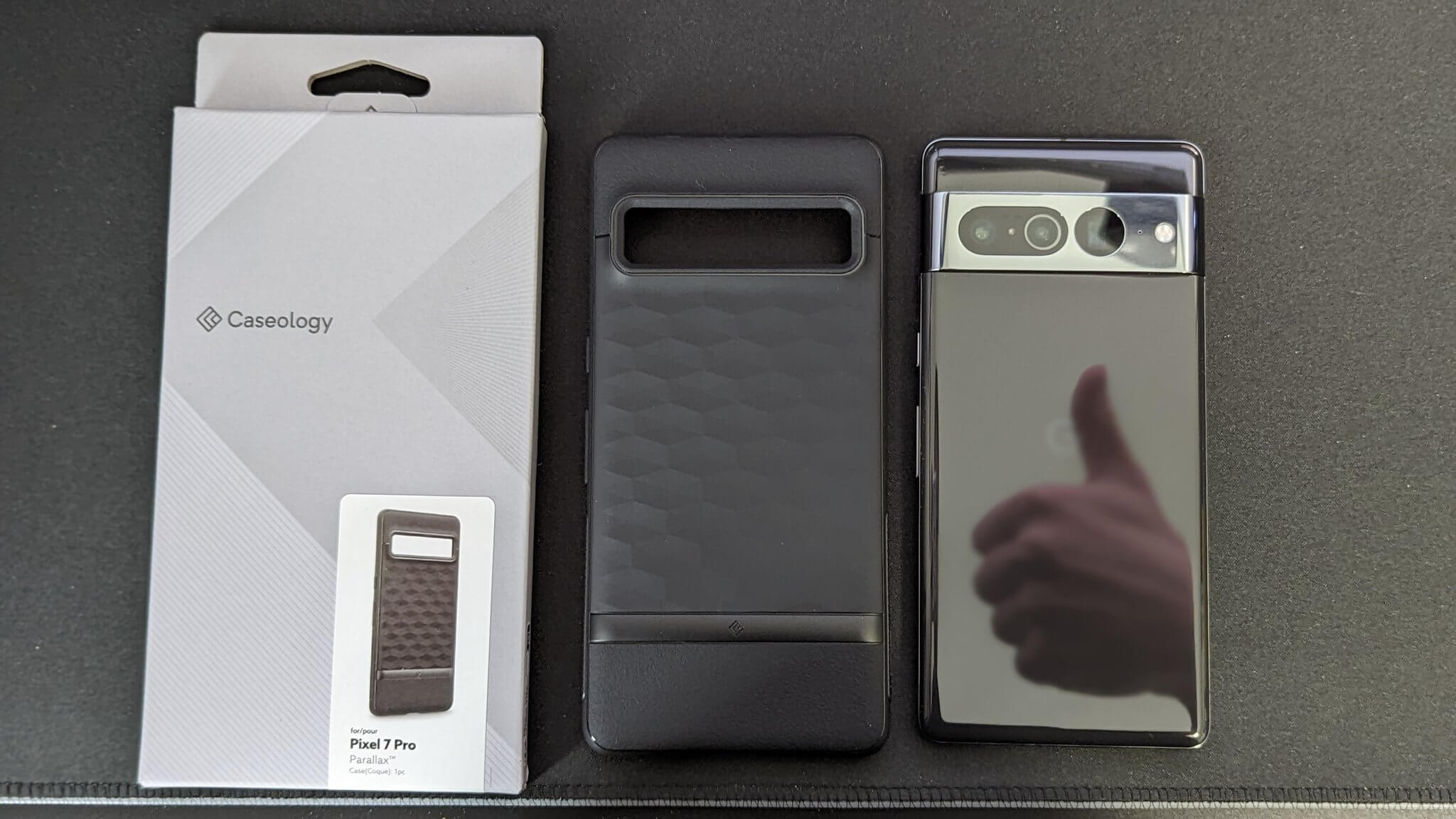 How Does It Compare To The Pixel 6 Pro?

The Google Pixel 6 Pro is actually a very good phone even with all the issues that it faced since its release in October 2021. We have to remember that this was Google’s first attempt at a powerful smartphone and that mistakes were going to happen.

One of the first differences I noticed with the Pixel 7 Pro, was the speed increase of the fingerprint sensor. To put it simply, it’s very fast and on top of that, you even have the option of unlocking your phone with facial recognition, something that the Google Pixel 6 Pro doesn’t have.

The Pixel 7 Pro also looks more premium and stylish compared to the Pixel 6 Pro. I mean I was never a fan of that camera bump, whilst it did feel comfortable in my hand, it didn’t look that good, especially when compared to the one on the Pixel 7 pro which has that metallic finish.

I haven’t had a chance to fully test the camera on the Pixel 7 Pro yet, but I have taken it for a mini-night photography session at Gloucester’s historic Docks which is actually a pretty awesome place at the heart of Gloucestershire. It contains around fifteen Victorian warehouses that have been restored to form shops, restaurants as well as accommodation and offices.

But the reason I decided to visit Gloucester Docks was that you can actually capture some awesome shots and I couldn’t have picked a better time to arrive in Gloucester, as on arrival I was treated with a historic steam train waiting at the station and it looked so cool with all the steam around it!

One of the first differences I noticed about the camera on this phone was the fact that it has a cinematic mode, which is great news for my YouTube channel as now I will be able to shoot better cinematic footage! However, I think it’s too early to talk about that at this stage as I haven’t had a chance to really test this feature out.

After daily driving the Pixel 7 Pro for a week, I can honestly say that I enjoy using this phone. Not only does it feel good in my hands, but it also feels fast. I can honestly say that it performs better and feels a lot smoother than my Pixel 6 Pro. But there will be a comparison video coming soon to my YouTube channel about that soon, so stay tuned!

My overall first impressions are positive and I can already see from just using the phone that Google really have learned their lesson from the Pixel 6 Pro. The quality is there most importantly of all so is the functionality. Something that I see with my Pixel Buds Pro.

Like with many tech products, only time will tell whether the product is good or not, that’s why I will continue to use the phone for the foreseeable future and keep you updated along the way.

If you haven’t already, I highly recommend subscribing to my YouTube channel and my weekly newsletter where I will include behind-the-scenes content as well as extra discussions.

Google Pixel Buds A vs Pixel Buds Pro – It’s Worth Spending More! 5 Free Windows Apps I Use As A Content Creator
Manage Cookie Consent
We use technologies like cookies to store and/or access device information. We do this to improve browsing experience and to show personalised ads. Consenting to these technologies will allow us to process data such as browsing behaviour or unique IDs on this site. Not consenting or withdrawing consent, may adversely affect certain features and functions.
Manage options Manage services Manage vendors Read more about these purposes
View preferences
{title} {title} {title}