Why I moved away from Notion

Home » Blog » Productivity » Why I moved away from Notion 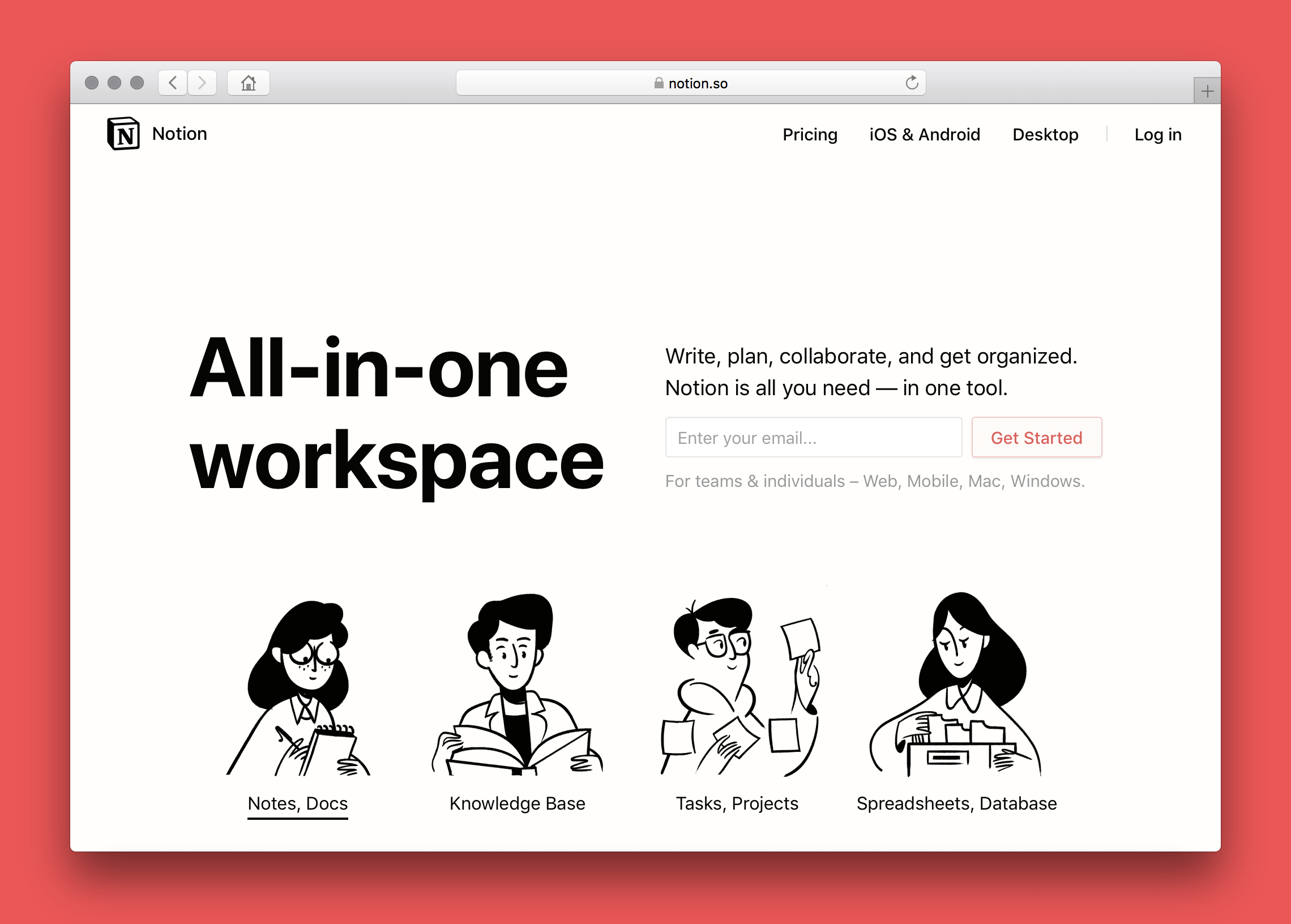 Notion, an app that every YouTuber is bragging about. YouTube is filled with productivity setups, tutorials and videos on how to use it efficiently. As someone who’s used the app for several years, I will explain why I decided to move on and find a better productivity system that works for me.

I initially started using Notion for the final year of my undergraduate course at university. I found it so useful that I also used it during my master’s degree. However, I finally made the decision to move away from it once and for all. The reason? There were actually many reasons and all of them are discussed in this article in greater detail. But let’s start with the positive side…

You may be surprised to see this section in a post titled “ Reasons I don’t use Notion”. But it will make sense later in this article.

I find that being organised is an important part of my life. That’s why I rely on a good ecosystem that helps me keep on top of things, no I’m not talking about the Apple ecosystem, which by the way is something I can’t live without. I’m talking about a productivity ecosystem. I need an ecosystem that helps me track the progress of my projects such as Tech With Dom, my working life and my social life. I find it better to live an organised lifestyle, it’s just who I am, I can’t really explain it.

Nevertheless, Notion is one of those tools that helps people like me stay on top of things. The possibilities are endless! I used it as my content management system for filing my lecture notes, powerpoints and even making notes. I used it to plan out my blog articles, YouTube videos and even to keep track of my social and professional life.

I absolutely love Notion and think that it’s an amazing tool with endless uses. It’s is great for managing projects, it has so many tools built-in, you can do anything you want on it, customise it however you want. You can spend hours perfecting it to work for you. But that’s the thing, in my view, the productivity system should work for you, not the other way around. You shouldn’t have to spend a great deal of time perfecting your productivity system, especially since it can cause you to procrastinate. Now, one can argue that once you’ve perfected it will work well or if you use a template it will work well, but that just brings me to the next section, the reasons I don’t use Notion.

So why don’t I use Notion?

A Productivity System should work for you, not the other way around!

That’s the issue I had with Notion. I was spending too much time perfecting it to my needs and trying out new templates, I ended up constantly procrastinating and becoming less productive. A productivity system should be simple and most importantly effective!

As a technical user, I like to have options available to me but it’s this that made me move away. I initially used Notion as an app to take lecture notes at university, but within a week I abandoned it as a note-taking app because I found writing notes too complex and by the time I started a new line I would have already forgotten what I wanted to note down. I also found the lack of drawing support to be bad, especially as someone who likes drawing diagrams whilst taking notes. If truth be told I went back to using OneNote for note-taking at university and I used Notion to import my notes at the end.

Naturally, the fact that the app is complex, means that the mobile experience is too complex too. That’s exactly what I found. In my view, managing tasks on your phone should be quick and easy. There should also be an option to view and manage tasks through your watch, particularly when you have an idea for a project you want to note down before you forget.

Compatibility with the ecosystem

The other thing that is drawing me away from the app is the compatibility with other apps and services. I appreciate that this is now getting better but I still think there’s room for a lot of improvement. I would love there to be an option to ask Siri or Alexa about the stage a task is in or to add notes through assistants.

I like the idea of my apps being fully compatible with my productivity ecosystem. I would like the option to create a calendar event from a task, and for everything to work together. Unfortunately, I don’t think we’ll see that from Notion anytime soon.

So what is my current productivity system?

That’s a good question! I mean I still think Notion is a beautifully designed app full of potential. However, at this stage my needs are simple. I need a tool to manage my notes, blog posts, YouTube videos and my daily life. For these tasks, I use…

These 3 apps enable me to stay on top of things and be more productive than I was using Notion. They are simple to use, are compatible with my Apple Watch and offer a great mobile experience.

The verdict may surprise you! I don’t think the app is bad, in fact, I think it’s brilliant! Not only is Notion beautifully designed, but it also helps millions of users on a daily basis. I initially moved away because I graduated from university and I no longer had a real need for it. I decided to choose simplicity and getting things done whilst in a busy lifestyle.

However, that’s not to say that I’ve fully given up on Notion. I intend to start fully using it to manage the Tech With Dom project but first I need to build and test my workspace and that’s a separate project altogether. I don’t see it being something I complete anytime soon but I will complete it and when I do, I’ll be sure to share more info.

As for my personal and working life as well as other projects, I will continue using my little productivity system outside of Notion. The reason, I have decided to go back for Tech With Dom is so that I can manage the project in a more creative way.

At this stage, you may be thinking; what was the point of this entire article, was it a lie all along? No, I wanted to highlight some of the issues I found when using Notion full time for everything – I don’t plan to do that anytime soon! I want to use Notion to manage bigger projects such as Tech With Dom and I will keep you updated on how I get on.

Do you use Notion? Let us know in the comments and tell us what you think!

What’s in my Tech Backpack – January 2022 You Should Do This After Installing Windows!
Manage Cookie Consent
We use technologies like cookies to store and/or access device information. We do this to improve browsing experience and to show personalised ads. Consenting to these technologies will allow us to process data such as browsing behaviour or unique IDs on this site. Not consenting or withdrawing consent, may adversely affect certain features and functions.
Manage options Manage services Manage vendors Read more about these purposes
View preferences
{title} {title} {title}